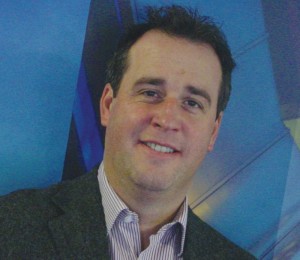 Unless they are prepared to face damaging problems that could seriously impact their profitability and reputation, small and medium businesses (SMBs) must shake off complacency and heed the widely reported warning from the National Grid that the risk of power blackouts this winter is at an all-time high, says Steve Spicer of Eaton.

As in almost every commercial operation, IT systems are at the heart of most SMBs. If a power cut means that those IT systems stop functioning, the business stops functioning and it’s not always a case of “when the power comes back, we’ll be up and running again”. Unplanned power interruptions often lead to extensive data loss and corruption. The impact of such events on SMBs is always damaging and sometimes terminal.

Why are SMBs particularly at risk? The answer is that larger companies will almost certainly have robust data back-up regimes in place using Virtualised Data Recovery suites for example. They are also more likely to have a back-up power source, such as generators, as well as uninterruptible power supply (UPS) systems that eliminate – or at least greatly reduce – the risks associated with unexpected mains supply interruptions. In contrast, SMBs can be more laid back when it comes to performing data back-ups and protecting their equipment from mains power issues. Indeed, it’s not unusual for those that do have a UPS system in place to assume it will be ready and working when needed, even when it hasn’t been maintained or checked since purchase.

Some SMBs feel that their IT system is too small for it to be worth installing UPS protection, but they should remember that even if they only have a single PC, the data it contains – sales and customer records, invoicing information, details needed for the compilation of tax and VAT returns – can be hugely valuable and, in many cases, irreplaceable.

Other SMBs feel that installing a UPS system is an unwarranted expense and are, perhaps, sufficiently complacent to feel that “it will never happen to me.” Maybe they should bear in mind that in 2012, almost a million people in the UK were affected by power outages, and that the average outage time was 213 minutes, or a little over three-and-a-half hours.

No time for complacency

Now remember the National Grid warning that things are likely to get worse rather than better this winter, and that the supply of mains power from the grid is likely to be even less reliable than it has been in the immediate past. It’s clear that there’s an increasing chance that it will happen to you and that this is no time for complacency.

Interestingly, most of those SMBs reluctant to spend on UPS systems have business insurance in place to provide protection against fire, theft and other risks. And a UPS system is nothing other than a form of insurance that provides protection against the adverse effects of power blackouts. Viewing it in this way can help to put the comparatively modest cost of a UPS into context.

Owners and managers of SMBs are busy people, but that must be no excuse for them to ignore National Grid’s wake-up call. They must find time now to think about the impact that power cuts could have on their business, and how best to limit this impact, rather than waiting for those cuts to happen. It is, of course, always possible to shut the stable door after the horse has bolted, but that’s hardly an effective strategy for business survival and success!