Remeha Commercial has played Father Christmas to teenagers at the Brighton Youth Centre (BYC), with the gift of a brand new, super-efficient Remeha Gas 110 Eco condensing boiler to restore heating to the city’s busiest youth club ahead of the winter months.

A multi-services charity, BYC offers an important service to Brighton’s young people with a packed programme of classes, clubs and events including indoor skateboarding, circus skills, table tennis and karate in addition to its regular youth club sessions. But when the old boiler began to fail just at the start of the recent cold snap, BYC’s CEO Mike Roe was left contemplating closure.

“It was getting colder and colder both outside and in, making it difficult to work in the building,” said Mr Roe. “We simply didn’t have the funds to replace the faulty boiler, so, as the complaints grew, cancelling classes seemed to be our only option.”

Proving that the Christmas spirit is alive and well, Remeha Commercial and Brighton-based TSS Facilities responded to the call for help from former BYC governor Derek Raven of BLB Surveyors, with Remeha Commercial donating the boiler that was installed by TSS Facilities. Now, with the reliable, high-efficiency new boiler up and running, BYC is back on target with its programme of events.

Mr Roe said: “The building is wonderfully warm. Remeha Commercial and TSS Facilities have helped out a lot of children and young adults and we really appreciate their generosity.”

Les Leeson, Southern Area Sales Manager at Remeha Commercial commented: “It’s always good to be able to help and never more so than at this time of year. It is especially rewarding to support this marvellous local charity that offers Brighton’s youth such fantastic opportunities.

The last word from BYC member Stewart-Radford McNally aged 16: “BYC is a great space to meet up with your friends. It makes you feel safe and happy – and now it’s warm too, which is ridiculously good.” 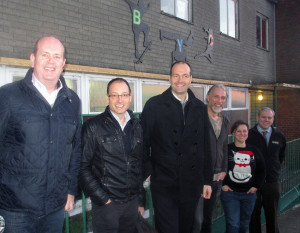 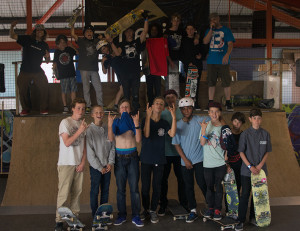 Below: BYC skateboarders warm to the Christmas spirit, courtesy of Remeha Commercial and TSS Facilities.