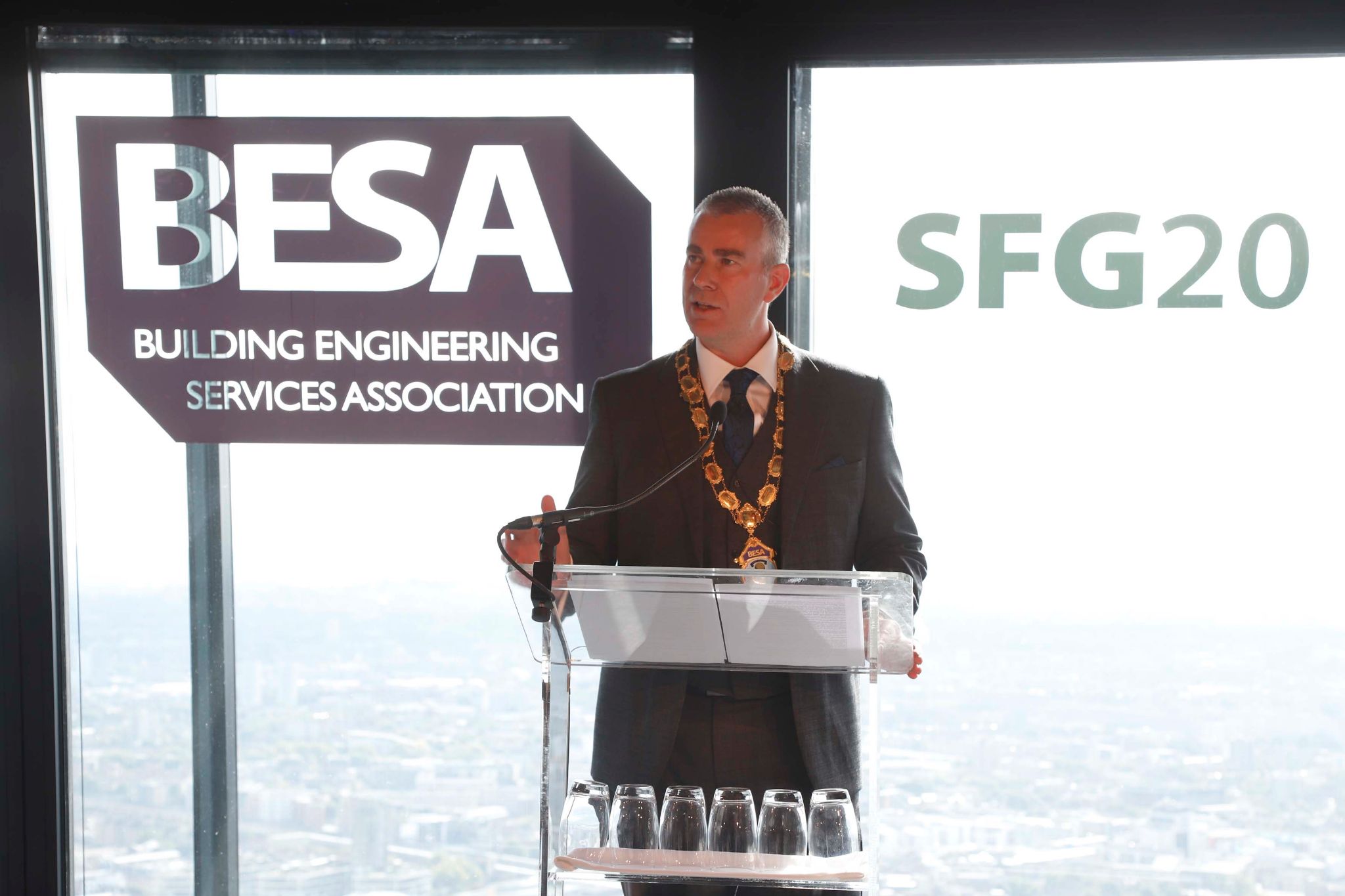 Companies must give their young engineers space and time to think, innovate and share their ideas in order to help the industry solve its productivity problems, according to the President of the Building Engineering Services Association (BESA).

Tim Hopkinson, pictured, told the Association’s annual President’s Lunch that young engineers must be allowed to “set the agenda”; improve collaboration and spearhead the sector’s attempts to embrace digital technologies, guided by the experience that already exists within the industry.

Launching the BESA Future Leaders programme during the event at the Leadenhall Building in the City of London, he said the new generation of engineers in a world of social media was “more naturally collaborative” and this would be crucial if the sector was to improve its performance.

“Many potential investors see construction projects as risky because we frequently struggle to deliver on time and on budget,” said Mr Hopkinson. “Construction projects combine many trades and many companies so when we fail to work properly in teams it leads to delays and quality issues. This in turn drives up costs and, as a result, it takes longer for clients to recoup their investment”.

He added that the tender process was often driven by “the price of winning work and not by the cost of delivering it”.

Mr Hopkinson, who is Managing Director of the ductwork fabricator and installer E Poppleton & Son, said the industry had the digital technologies to improve its processes and had demonstrated its ability to deliver “magnificent projects” when it collaborated properly. However, he believes it needs “new ideas, fresh thinking and an approach that is suited to today’s 21st century world”.

Encouraging young people to contribute to the industry via the BESA Future Leaders initiative is part of the President’s ambition to improve the flow of young talent into the sector. During his lunch speech, he urged the building engineering sector to champion its role models and boast about its achievements in order to improve its image and attract its fair share of the “best and brightest”.

London and South Apprentice of the Year

The President’s Lunch event also included the presentation of the London and South Apprentice of the Year Awards with Curtis Castledine of Briggs & Forrester named as the overall winner.

Each of the London and South apprentice award winners have been automatically shortlisted for the first ever BESA National Awards which close the BESA National Conference on the evening of 19 October. More information, tickets and details of a full conference line-up can be found at www.thebesaconference.com.