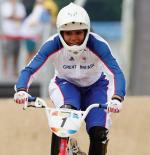 Following the success of Chris Hoy, Bradley Wiggins, Victoria Pendleton and the rest of the Team GB team in Beijing, Vent-Axia is helping to create the right environment for future cycling success at London 2012. The company is providing heat recovery, and a swathe of other ventilation technology, for facilities at the new Redbridge Cycle Centre, the first piece of physical sporting legacy linked to the 2012 Olympics.

The £4.5 million Redbridge Cycle Centre replaces the Eastway Cycle Circuit which was demolished to make way for the VeloPark for the London Games. Run by Redbridge Council, the Centre incorporates the state of the art Hog Hill Cycle Track pavilion, containing six changing rooms at the new cycle track facility. Project contractors W.E. Sheldon Ltd has specified Vent-Axia heat recovery units, in-line, unitary fans and all necessary accessories and components to serve the changing room, WC and first aid rooms in the pavilion.

Ducted systems featuring dedicated Vent-Axia heat exchange units and a combination of Slimpak (SLPT), Acoustic (ATQ) and ducted (TFT) in-line fans are installed to serve the one staff and six public changing rooms at the facility. These stand alone heat exchange units are capable of transferring 70% of the outgoing heat to incoming air at an airflow of 650m³/hr. Vent-Axia SLPT are streamline fans which allow the unit to be fitted as a Run and Standby extract fan or with both fans running simultaneously for optimum performance and flexibility. Compact ATQ fans are designed for false ceiling applications and feature a 50mm acoustic lined, sound controlled housing rated Class ‘O’.

Elsewhere on the project, Vent-Axia has provided an HR200V easy to install, self-contained heat recovery unit for the disabled changing facilities. This ducted solution is purpose-designed for small internal rooms, and includes two mixed flow fans. Using a high performance polymeric heat exchange cube it boasts a temperature based efficiency of up to 70%. The Pavilion’s ventilation system is activated by PIR (Passive Infra red) or light switch control, depending on the application.

“London’s Olympic bid win is in a large part due to the proposed lasting legacy for the community of first-rate sporting facilities, and makes this an important project for the community” commented John Heggs from Kent-based W.E.Sheldon. “Vent-Axia’s offering has provided us with the right ducted solution for the facility which wins on two counts. It will help boost its energy efficiency credentials and maximise comfort levels for users of the Pavilion.”