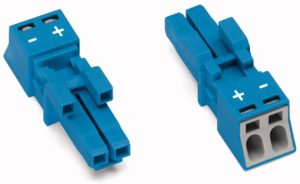 A 50 percent reduction in space required for building services has allowed ventilation specialist Airflow to maximise the area for products and training at its new showroom.

Using WAGO’s compact controllers and I/O modules for control and monitoring of the DALI lighting and underfloor heating across the facility, meant that system integrator, Accurro, could build a cabinet half the size of that originally anticipated. This released space for Airflow’s demonstration and training area.

Accurro’s Harry Lees says “With WAGO we can fit far more I/O into a panel – nothing else comes close for providing high functionality in a compact space. Using such a small cabinet allows the whole service room to be a third smaller than originally designed.”

Michael Tapp, Accurro’s Thames Valley Regional Director, who ran the project, adds: “WAGO’s DALI controller is 50 percent smaller than competitors’, and the analogue inputs we used are 80 percent smaller. The I/O modules are so small and versatile that if more functionality was required, we could just pop another module on the DIN rail and still have plenty of space to play with.”

WAGO supplied two programmable fieldbus controllers, the smallest variant of which measures just 50 mm wide. Dozens of WAGO relays were used, along with WAGO-I/O-SYSTEM 750 modules to provide heating and lighting controls, while extracting real-time data on values including air quality and energy costs per square metre.

Paul Carpenter, Operations Director at Airflow, says: “WAGO products were recommended early on in the project by Accurro as the best option to minimise the size of the control cabinet, which in turn allowed us to maximise the floor space. Following discussions regarding alternative solutions it was agreed that only WAGO could provide the I/O density required, whilst also providing resilience, flexibility and German engineering quality.” 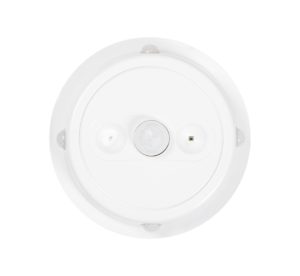 Called The Airflow Air Academy, the 500 m2 facility opened in 2017 in High Wycombe and guides visitors through the history of the 61 year old business, as well as the company’s latest ventilation innovations. The flexibility of the WAGO I/O enabled Accurro to link Airflow’s own energy efficient mechanical ventilation with heat recovery system into the building controls. A screen in the demonstration area displays data on building temperature, atmospheric conditions and energy efficiency, allowing visitors to see how Airflow’s ventilation solutions, combined with effective heating and lighting controls, can help to reduce operational costs.

Alongside the demonstration area, the Air Academy facility houses a training room and a board room, all of which provides training for Airflow’s sales engineers and distributors.

“One of the main challenges was deciding what aspects of the facility we wanted the system to control as the possibilities with the WAGO I/O are practically infinite,” says Mr Carpenter. “We’ve had great fun experimenting with sensors and sequencing, finding the right levels that will provide the optimum environment whilst also seeing in real-time how much we’re saving on our utility bills.”

“The controllers offer good efficiency,” adds Michael Tapp, “But where WAGO really stands out is on reliability. We have a good, long-standing relationship with them and know we can trust the quality of the product. Many companies talk a good game on reliability, but WAGO actually delivers.”

WAGO’s Paul Witherington, Marketing Manager UK & Ireland, explains: “We have worked with Accurro for a long time on various projects. Accurro know our products and what they can do, and we’re pleased that they’ve helped to introduce a new customer in the form of Airflow to the money and space-saving benefits of our controllers and modules.”