BSRIA has welcomed the key messages in Obama’s ‘Clean Power Plan’ speech. The aim of the revised plan is to cut greenhouse gas emissions from US power stations by nearly a third within 15 years.

Obama unveiled what he called ‘the biggest, most important step the USA has ever taken’ in tackling climate change. The measures will place significant emphasis on wind and solar power and other renewable energy sources. The revised plan will aim to cut carbon emissions from the power sector by 32 per cent by 2030, compared with 2005 levels. 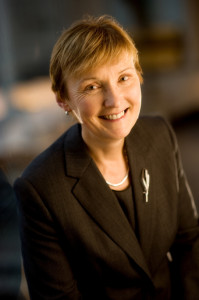 Julia Evans (pictured) Chief Executive, BSRIA, said: “We welcome Obama’s position in confronting climate change and cutting greenhouse gas emissions by almost a third within 15 years. BSRIA is clearly in support of this perspective, especially the essential uptake of renewable energy. It is evident that Obama’s administration has got a clear direction in which they wish the future US energy market to be heading – which gives me great confidence for both BSRIA, its members and the industry. Such messages will signal huge economic and investor confidence – from a global perspective.

“The President’s stance flies in the face of the recent UK government announcements where BSRIA is getting the impression that energy and carbon reduction issues are being viewed as a burden to government – which is inhibiting – not only the industry – but the economy at large. The lack of stability in subsidy means industry can’t plan for a ‘green future’.

“It is ironic that in recent weeks, our own government has scrapped subsidies for onshore wind and commercial solar – the two cheapest forms of clean energy, slashed the energy efficiency budget, lowered taxes on polluting firms and introduced a tax on clean energy. Nothing in the Secretary of State’s speech enabled me to see any confidence that the government is taking the carbon reduction agenda seriously.

“I said only last week that the UK government must either legislate or incentivise or preferably both. Government needs to take the lead and give industry a steer first. A lesson or two could be learned from our American counterparts. In essence, BSRIA is heartened by these targets being central to Obama’s goal of leaving a legacy on climate change and his taking a stand against climate change as a ‘moral obligation’.”

The President sees this plan as the cornerstone of his attempt to secure a global treaty on climate change in Paris at the end of the year where he will argue for global reductions in greenhouse gases.

It is believed the revised plan will aim to keep the share of natural gas in US power generation at current levels. Power stations are the largest source of greenhouse gases in the US and account for about one third of all such US emissions.

The President’s speech is also of interest to BSRIA due to the recent appointment of Raphael Chalogany as its new Business Development Manager in Chicago for its North American Market. This will allow BSRIA to continue to develop its North American presence by strengthening its strategic capabilities.

The President likened the plan to taking 166 million cars off the road in terms of environmental impact.