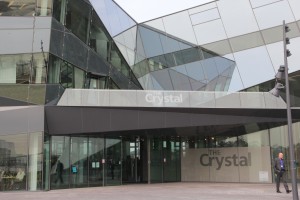 “Once again we are proud to have the most influential experts presenting at this year’s conference” says Mark Tindall, CEO of Amtech “There is still a lot of confusion about BIM and delegates can be confident they are getting clear un­ambiguous information from estab­lished experts in the industry.

“Over the two days delegates will follow a real project from concept to handover and operation. Along the way we will highlight the many possibilities and benefits that arise for everyone involved in the BIM process, from Architects and Con­tractors to Manufacturers and FMs.”

Delegates at the first event in 2013 reported that the honest, informative and pragmatic approach presented at the event made a refreshing change to many other conferences they had attended. As a result, many delegates from 2013 are returning again in 2014.

In the exhibition area this year there will be more focus on interac­tive demonstrations of technologies around BIM and the opportunity to test your BIM knowledge and com­pare that to the rest of the industry.

The conference will take place at The Crystal, Siemens’ stunning building situated in London’s Green Enterprise District. The uniquely shaped, glass-clad structure is London’s newest landmark and contains the world’s largest exhibi­tion on the future of cities covering 2,000 square metres.

To view the full list of speakers and to book your place visit www.amtech.co.uk/conference