75 years and counting: a summer of celebrations to mark Marshall-Tufflex milestone 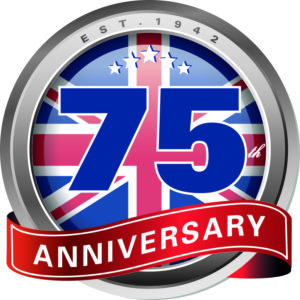 Leading cable management manufacturer, Marshall-Tufflex, is celebrating 75 years of innovation with a programme of events planned for the coming months.

From a summer party in the company’s home town of Hastings, East Sussex, to the burial of a Time Capsule for retrieval in another 75 years and (in typical Marshall-Tufflex style) donating 75 days for staff to carry out charity work, the aim is to involve the whole business in the celebrations and benefit others.

“Innovation and charity giving have, from day one, been in our DNA and continue to set us apart in the marketplace,” said Marshall-Tufflex Chief Executive Paul Hetherington. “We manufacture and supply the largest and highest quality range of cable management solutions on the market. And every time one of our products is purchased a charity benefits. In the last 10 years alone we have donated more than £750,000 to worthwhile causes. We will continue innovating and giving and look forward to the next 75 years.”

The Marshall-Tufflex story began on May 28th, 1942, when founder Harold Cirket registered the company name. He had just the idea of developing the then unknown potential of plastic extrusion and a £394 War Loan behind him. The rest, as they say, is history. Marshall-Tufflex is now a multi-million pound business trading in more than 40 countries and employing more than 170 people across its manufacturing base and HQ in Hastings, East Sussex, together with depots in London and Manchester.

To celebrate the anniversary the company is holding a summer party in Hastings for all past and present employees, their families and company shareholders. A Time Capsule will be buried on the Marshall-Tufflex premises during the week of the anniversary for retrieval in 75 years and company book ‘The First 50 years and On To the Millennium’, is being updated for release later this year.

The company is also donating time for employees to undertake 75 days of charity work by volunteering for charities including St Michael’s Hospice, Chestnut Tree House and The Tressell Trust. This initiative reflects the company’s commitment to the Hastings area and the willingness of its workforce to give something back to organisations which are such an important part of their community.

“We are delighted to be celebrating Marshall-Tufflex’s 75th birthday,” added Mr Hetherington. “Harold Cirket established the business during the austere war time years, pioneering the UK’s plastic extrusion market. Little could he have known that 75 years later the company would be a market-leader. We are justifiably proud of his achievements and of those of all employees, past and present.”